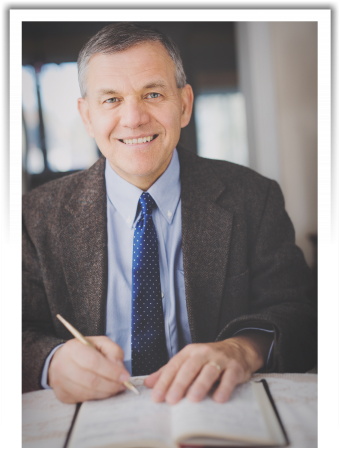 Rick watched the Star Wars movie when it was first released in 1977 and was totally engrossed by it. Fast forward thirty years or so and he watched The Truth Project DVD series at his church and was totally angered by it. He came away from this series believing that Western civilization and Christianity were being systematically circumvented by lies and distortions. His first thought was to write something to refute macro-evolution, so he went to the bookstore and bought a Microbiology for Dummies book. Being a former English/History major who barely got through high school biology, he soon realized he wasn’t equipped for this task.

Rick later read somewhere that you should “write what you know.” He asked himself, “What do I know?” and came to the conclusion that he knew the Bible pretty well, so perhaps he could write something related to the Bible that was exciting and engaging. During this same period, a former pastor of his encouraged him to study the book of Ephesians in the Bible. The image of The Wall came to him as he was running on the treadmill and memorizing Ephesians 1. This was immediately followed by an explanation in his mind of what it meant.

Rick wrote The Wall because he wondered what it would be like to actually go there and because he wanted to understand what really goes on in the heavenly realms, based on what has been revealed to us through God’s creation and the Bible.